So I ended up at the mall yesterday – seriously as if that’s any sort of surprise anymore, going to school beside one of Toronto’s most popular shopping malls does more damage than anything. But I walked into Sephora, (another surprise) and walked in just to see the Urban Decay X Gwen Stefani palette that I KNEW was being released in stores on the first of the month, because a good friend of mine works there and I’ve got the inside scoop. She’s also the reason why I’m going to own the beautiful palette within the next week, because she saw how obsessed I was with it and decided to gift it to me for the Christmas holiday and I literally haven’t stopped thanking her since she gave me the good news. But anyway, I walked up to the Bobbi Brown section and saw that the new Limited Edition Holiday Highlighters were in stock, but there weren’t any samples so that I could swatch them. So being the nosey person I was, I went to grab a Sephora employee so that SHE could open a box and I could swatch it all over my face. Little did I know, they had JUST put the product out, and I was literally the first person to buy it, so i obviously nearly peed my pants and walked out of the store with the best feeling in the world.

I have never gone into a Sephora in time to snag one of the holiday limited edition highlighters before, but they usually come out with two of them. One more for medium-dark skin tones, and then one for the fair-skinned ladies out there, but frankly I would wear both… At the same time… and resemble a human disco ball.

They retail for about $54 dollars, and like I said, they’re limited edition so they wont be around forever- So if you’re a highlighter junkie like I am, I would snag it the moment you see it. I may even go grab another one for myself just because it’s THAT beautiful. The pictures below were taken with my iPhone 5s, but I’m going to re-upload better quality pictures along with a swatch the moment I get home… I was WAY too enthusiastic about this new product NOT to write a post about it.

Let me know what you think, email me at mariahadiamanPR@gmail.com I would love to know your thoughts- and tell me what your favourite highlighter is at the moment. Anyways, until next time- 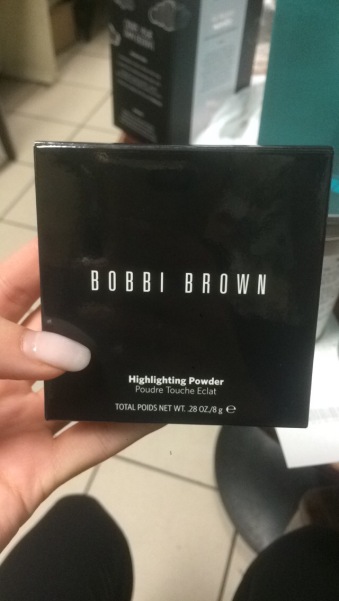 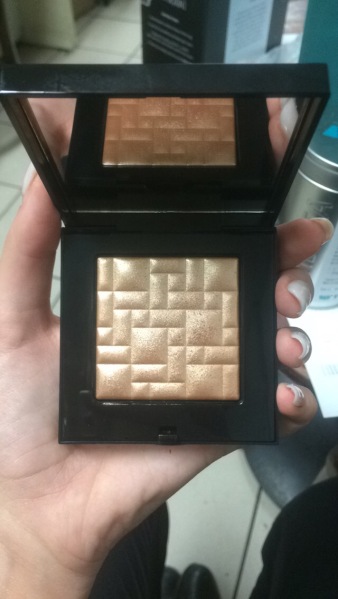