Today I was thinking about things that I should film for upcoming makeup tutorials or general videos for my youtube channel, and then the fact that I had created a blog to make up (haha, pun intended) for videos that I were to ever not film, or something to have on the side… completely skipped my mind. SO I decided to celebrate my (barely) return with the things that I bought today. So I work a stable job, still live at home, and dont have suuper important expenses to pay for, so the odd time I go and buy stuff, I buy a lot at a time. However, there are 10 days till Christmas, and the fact that I had no presents bought for anyone, lead me to the lovely Toronto Eatons Centre to shop for my mom, my sisters and a couple of other people. I’m obviously not going to write what I got them, because how interesting (and long) would that post be? And ain’t nobody got time for that. First off, drugstore products *evil laugh*

Next, I stopped by MAC. I love the MAC counter in the Eatons Centre because I was working at one of the Starbucks stores in that mall in the summertime, and I quickly became friends with a boy that works at MAC, and I always seem to make it a mission to go and have a little chat with him if he’s there because he is faaaaabulous. But I was looking for something to buy for my older sister for Christmas; I bought her one of the pigment/glitter holiday sets last year, so I wanted to see what I could get her this year. I ended up completely giving up and just buying something for myself. I picked up a Mineralize Skin Finish Natural in the shade Medium Dark. I thought to try it out, because in being a HUGE fangirl of the one and only Jaclyn Hill, she always seems to mention how MSF’s are prime to  contour with, because they’re a smoother consistency than a bronzer/ bronzing powder. So Kyle was there, and he tried it out on my skin, and when I walked out of there I couldnt stop getting compliments on how radiant and glowing my skin looked. It was awesome. 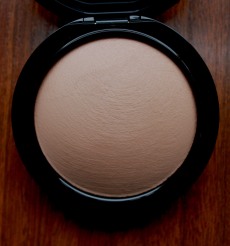 After that, I decided to stop by Bath and Bodyworks… because when don’t you make a pit stop in there whenever you’re in a mall… right? So because I knew they’d have good deals for their products, I decided to look around, and I even received a 30% off coupon the moment I walked in so i was pretty pumped I could use that ON TOP of the amazing deals they were already having. At this time last year, I decided to try out their wallflowers. I loved the concept of being able to have a scent running through your room 24/7 without needing to worry about a candle being lit. So I bought 3 more wallflower… refills? (dont know what they’re actually called). I picked out

I only picked those ones up because they were the only ones that had the matching candle readily available to smell, because there’s nothing worse than getting home and realizing you dont like the stupid wallflower thing you bought. And they were all on sale for $3 when they’re originally $7.50 so that was a pretty good deal.

And laaaast but not least, my trip to Sephora! In order to celebrate my highly (and surprisingly successful) semester, I decided to really treat myself to things I know I reeeeally wanted.It’s kinda like being Santa but not having to wait 10 days and potential sleigh ride damage (haha).

And that my friends is the end of the damage I did today, If you guys want me to include pictures/swatches of any of these products, let me know because I will most definitely do that. Just another thing, I’ve just sort of gotten used to talking about products in front of a camera, but believe it or not, I feel much more intimidated writing blog posts. I’m in no way shape or form a writer, I’m literally just writing what I would say if this was in a youtube video. So bare with me, I want to expand so that I can get more reviews/ posts up more regularly. Feel free to contact my email at mariahadiamanPR@gmail.com for any questions/concerns. I’m really happy to be back – much love   Mariah